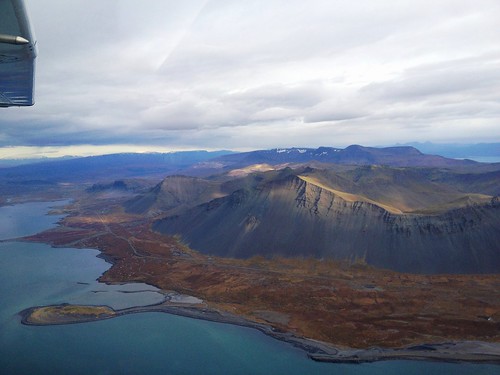 Shanna and I recently took a week-long trip to Iceland, where I was lucky enough to get some flying in. When we'd stopped over in Reykjavik for a couple days during a previous trip to Europe, I noticed how many light aircraft were in the air. The landscape is so weird and compelling that getting up in the air became a mandatory part of our return to Iceland.

Unfortunately, there's not a ton of information about flying in Iceland on an FAA certificate. I found a 2004 thread on the PPRuNe forum that didn't offer much, and another article that had some useful info on where to fly, but prices & recommendations from 1998. Eventually, I just scraped around the English-language version of the ICAA website (the Icelandic Civil Aviation Authority) and emailed them directly, asking what I needed to do to fly there. I got a response within 24 hours:

Great news - no need for lengthy and costly process of validation. At this point, things got simpler, as the only task left was finding a place to rent an aircraft. 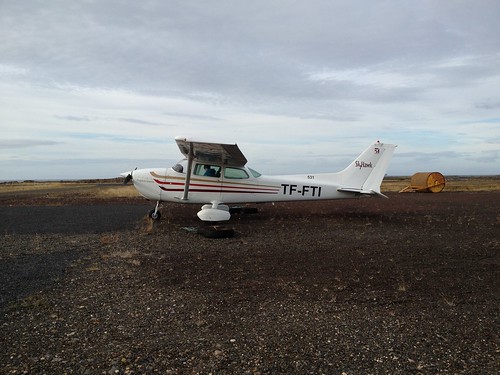 I contacted Flugskóli Íslands and Iceland Airclub to check prices and restrictions. There are other flight schools and rental FBOs, but the ones I saw didn't offer english websites, or were outside of Reykjavik, which excluded them right off the bat. Flugskóli Íslands has a fairly large fleet of Cessnas (C-152, C-172N, C-172S), allows solo rental with no minimum block time, and requires potential renters do a one-hour checkout with instructor. Iceland Airclub has a few PA-28s, but allows dual flights only – unless you pay dearly to become a member.

It wasn't really a difficult decision, once I had the information, and I scheduled a couple of flights with Flugskóli Íslands well in advance. They're the busiest flight school in Iceland, so this might not be a terrible idea. They're friendly and very responsive to emails, so don't hesitate to contact them.