Building and Flying with Stratux ADS-B In, part 2

Over a year ago I wrote about my initial experiences building and testing out the open-source Stratux ADS-B In receiver. I've gotten more involved with the project since then, testing out new hardware and changing my existing build. I've also had the chance to use some competing hardware!

TL;DR: build yourself this $140 Stratux


If you're a pilot without existing access to ADS-B In weather and traffic, build this list. The same results cost $233 a year ago, and the software has matured while the hardware has improved. For under $150, you can get dual-band ADS-B In traffic and weather with WAAS position data. It's fantastic.

The one thing you might want to add is suction cups or velcro tape to position the unit. I fly a Grumman AA-1A, which (like the AA-5 Traveler/Cheetah and AG-5B Tiger) has an aluminum honeycomb fuselage structure. My best reception involved positioning the with the antennas in a vertical orientation. This would not be as necessary in something like a Piper or Cessna. 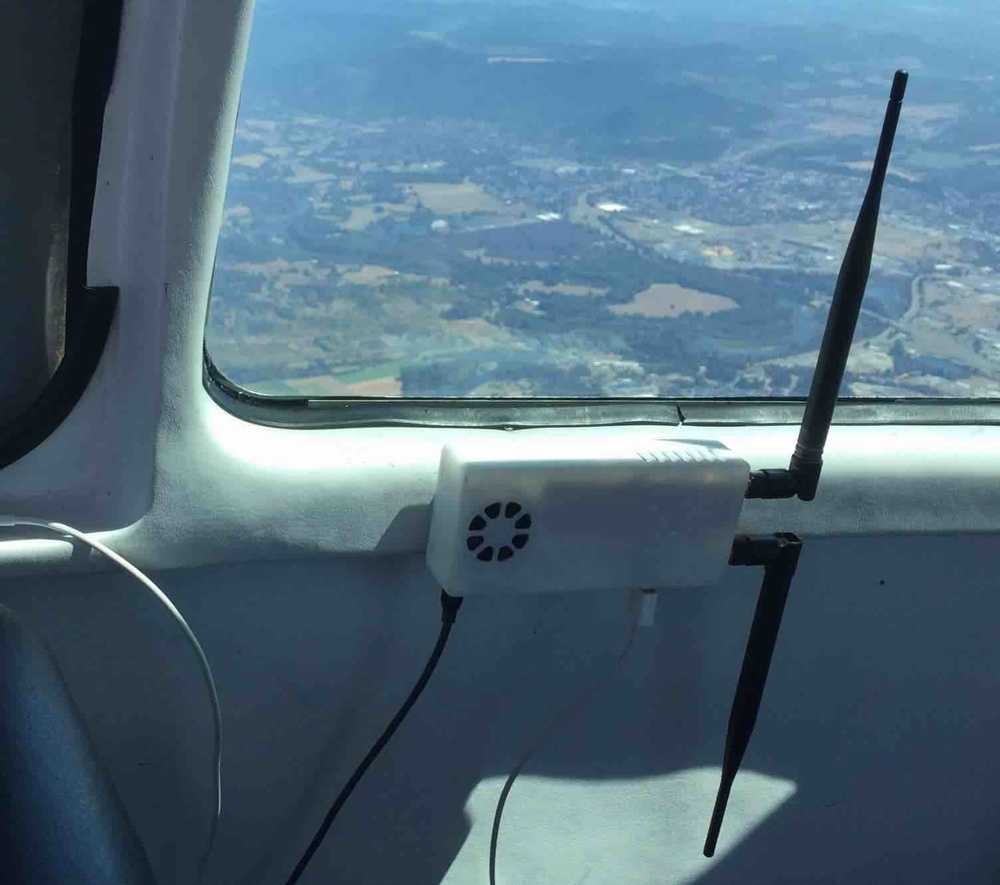 As far as the reception performance goes, it ranges from 'decent' to 'great', depending on the situation. I found that signal strength for traffic is often far better than that for weather. Still, in the Seattle area, I frequently see 4 or more ground stations in ForeFlight, which keeps weather up to date satisfactorily. South of Portland, reception can drop to a single tower. I haven't compared this to a Stratus 2S unit, but minimal ground stations exist out there in the first place.

GPS reception isn't perfect - it's not an external antenna, so accuracy is typically good at best - but it's totally functional. I use ForeFlight track recordings to debrief instrument training and currency flights, and it works great.

I've flown with pilots who have Stratus 2S units, and they seem pretty comparable. ForeFlight AHRS fed by a Stratus 2S is glitchy but usable; new Stratux builds support AHRS with the right hardware, but I haven't been able to compare.

Two months ago, we installed the Stratus ESGi transponder in our Grumman. The ESG is an ADS-B Out transponder, with a hard connection to a battery-less "Stratus 2i". Because it's receiving 978 and 1090 signals via the belly-mounted transponder antenna, the signal strength is exceptional and outperforms the Stratux... but installed cost was around $4,000. Getting similar performance for $150 is a steal.

Some in the community use a splitter to connect a DME belly antenna to their dual-band Stratux, and they report similar impressive results. If you've got the old hardware still dragging along, getting an A&P to rig up a BNC to SMA adapter can be a powerful option.

No matter what you build, check out the community on GitHub and consider contributing! There's a fair number of contributors on the Slack chat as well.