I previously talked about figuring out how to use an FAA certificate and other steps towards flight-seeing as a pilot in Iceland. This is a more in-depth review of the planning involved, what I used, and where I went. 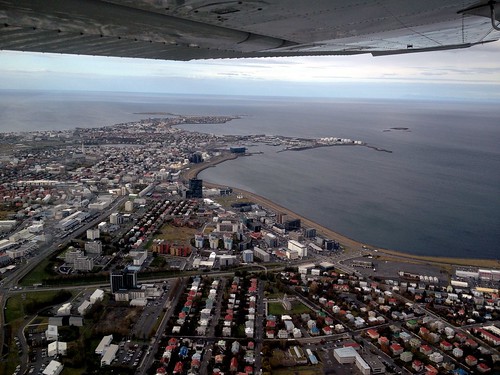 One of the major difficulties I had in researching my flights was getting charts and information about airspace and facilities around Iceland. I found this out too late to be of use for my trip, but airspace, airways, and other Icelandic chart data are now available online at SkyVector. Their data compares accurately to the paper chart I borrowed, and can help with figuring out where to go and how to get there.

Airport (aerodrome) information can be found by browsing through the Aeronautical Information Publication (AIP), the functional equivalent to a mashup of regulations similar to our FARs, some IFR enroute charts, and a couple of terminal approach diagrams and airport maps. Take your time and give it a read -- everything is in English, and some parts are also in Icelandic. It isn't as bland as the FAR, so be thorough! Many airports have gravel runways and limited facilities, and you don't want to find out the hard way.

Weather information is available via the Icelandic Met Office, where you can explore a rather nice selection of aviation weather products. Most of what you're familiar with in the states from the Aviation Weather Center is on hand, though often in a different format. Both of my flights were slightly iffy weather-wise -- the fall & winter leaves Iceland with lots of low scud much of the time, but when it clears, it's gorgeous. Give yourself some options and book a couple backup flights. 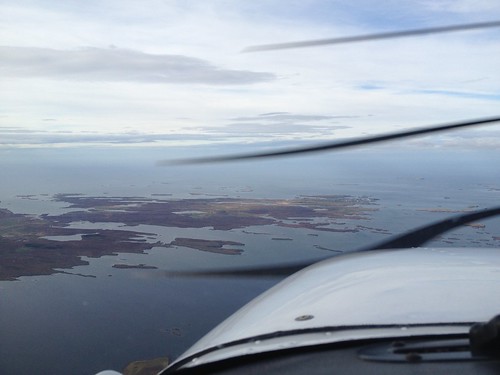 One of the weirdest mental changes I had to make was the flight plan system. Unlike the US, all flights must be on a flight plan -- and (at least when operating at Reykjavik) you file with the control tower of the airport where you are based. Outside of towered airports I think you wind up filing and closing with the enroute ATC.

Also important to reiterate -- most of the airports in Iceland are pretty bare bones even when compared to small fields in the US. Avgas is uncommon, and paved runways are a luxury. The gravel surfaces available are good, but they're still gravel. Don't expect to find a terminal or tiedown facilities everywhere, either.

Everybody speaks English. Seriously, every single person I encountered in Iceland spoke incredibly fluent English. Pronouncing the names of places is intimidating, but it seemed like every Icelander had their own pronounciation, so I didn't run into any issues working with air traffic control. And of course, just like flying in the US, you can always just ask questions or state intentions in plain language and get your point across just fine.

Probably the most important question anybody has about flying, but also probably the one with the most immediately outdated answers. Long story short -- it costs more than the US, but much less than Europe.

Flugskóli Íslands, the flight school that I rented from, requires a checkout flight with one of their instructors before allowing you to rent solo. At the time that I was visiting, a Cessna 172S rented for 24,750 ISK an hour (wet), which converted to around $188, and the instructor rate was 5,900 ISK an hour, around $45. I flew with Kristófer, and he was professional, friendly, and more than happy to help us improve our trip, from picking a destination for our flight to suggesting restaurants in Reykjavik. The rentals have no minimum, which means you can book a plane for the length of time you think you'll need, and only pay for the block time -- which is minutes elapsed from engine start to shutdown, for those used to Hobbs billing. 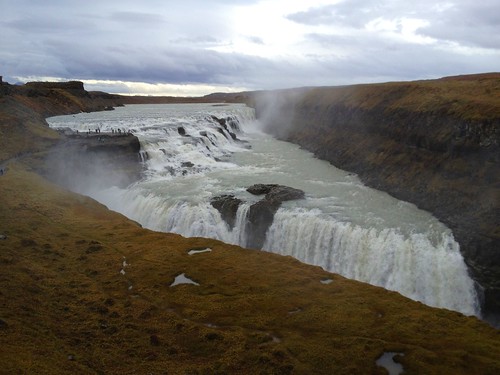 After talking with our instructor and some of the other staff at Flugskóli Íslands, we settled on Stykkishólmur as our destination. It's a small city in the northwest of Iceland, and about .9 hours flying time away from Reykjavik -- here's an approximation of the route we flew. We didn't have a ton of time to explore (I strongly recommend booking the airplane for the whole day) but it looked like a neat little fishing town.

Also recommended was Vestmannaeyjar, an island community off the south coast. If you're less interested in getting out and exploring a destination, you could probably do an aerial Golden Circle Tour. You wouldn't get up super close, but you would be able to see Þingvellir, Geysir (the original geyser), and the waterfall Gulfoss. Honestly, though, just getting into the air over Iceland is cool enough. The entire island is gorgeous, rain or shine, and it's an amazing experience. Enjoy, and if you've got questions feel free to ask me @egid on twitter.